Azzawiya Oil Refining Company Inc., by the grace of God Almighty, does not lack any of those standards which enabled it to take its place locally and globally among those in productive activity. Our company is entitled Perseverance and Diligence, its motto is Fidelity and Mastery in Action, and the Glory and Progress of our Beloved Libya – it’s our aim. The company’s main activity. (Crude oil refining,  asphalt manufacturing, blending and packaging of mineral oils) in addition to exporting crude oil through the company’s oil port and supplying some oil derivatives needed by the local market. Its production units and facilities have been designed in accordance with international standards and have been provided with the necessary means to protect the environment and occupational safety required by the nature of its work. The main objective of the establishment of Azzawiya Oil Refining Company is to meet the growing domestic demand for oil products with the surplus being exported to global markets. Its design took into account international standards and was provided with the means to protect the environment and occupational safety required by the nature of work.‎

The company also included a plant for blending and filling oils for the company in 1983, with a production capacity of 60,000 tons annually. The main objective of its establishment was to meet the growing domestic demand for oil products while exporting the surplus to global markets. Its  design kept in view international standards and provided with the means to protect the environment and occupational safety required by the nature of work. 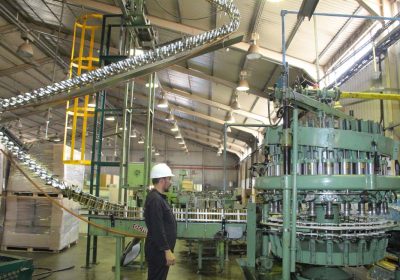 It is a mixture of hydrocarbons (propane and butane) produced from refining crude oil and two types of kerosene are produced i.e. aviation kerosene used as aircraft fuel and household kerosene used for home heating and cooking.

It is a mixture of hydrocarbons produced after treating and improving naphtha produced from distillation units. Unleaded gasoline with octane number 95 is produced.

It is a mixture of heavy hydrocarbon compounds and is produced from the vacuum fractionation of the harvested ore and is used in paving roads and insulating buildings.

INVITATION TO BID FOR THE FREIGHT FORWARDING AND LOGISTIC SERVICES

The company in pictures

Websites that interest you